You are using an outdated browser. Please upgrade your browser or activate Google Chrome Frame to improve your experience.

Begin typing your search above and press return to search. Press Esc to cancel.

Here’s a brief breakdown of what’s new in neuroscience as it relates to leadership and organizational development. 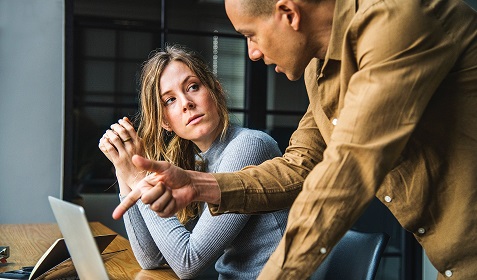 #1: A new approach to feedback—grounded in neuroscience: Empower employees to ask for feedback rather than waiting to receive it.

The problem with existing models is that they fail to account for the brain’s response to feedback. When employees receive vague, unsolicited feedback—lacking in context and with no clear directive about how to improve—it triggers the brain’s fight-or-flight response. In this agitated state, working memory is impaired, abstract thinking is compromised, and comprehension plummets. Rather than reflecting on what they can do better, employees become defensive, ignoring suggestions and resisting long-range goals.

Asking for feedback creates a “toward” state in the brain — an approach mentality in which you actively seek out feedback rather than waiting with dread for it to come. In fact, a new experimental study by NLI Senior Scientist Tessa West and her colleague Kate Thorson of New York University found that once one person has broken the ice by asking for feedback, receiving feedback that’s been asked for is significantly less stressful — inducing a heart rate spike 50 percent lower than when feedback comes unsolicited. 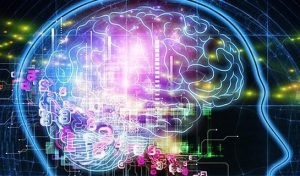 #2: Neuroscientists at Washington University found a background activity in the brain that, oddly enough, is much more active when people are sitting quietly in a room doing nothing.

That’s a pivotal finding. They discovered that the “resting brain” is actually quite busy with absorbing and evaluating information, but we curtail that function when we allow the “active brain” to hijack all the mental energy. If we want creativity to flourish, we need to deliberately pause on occasion and allow that background process to take priority.

#3: Habits come up under stress, which in business is all the time. 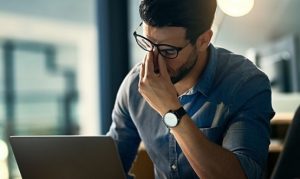 One really important point about how the brain works that has tremendous relevance to day-to-day business operations is what we commonly call the habit center. That part of the brain is the basal ganglia, towards the bottom or base of the brain. This is a part of the brain that we share with reptiles and with birds, and it operates in a human being very similarly: automatically.

#4: According to the research, wanting to do something just isn’t that motivating on its own. 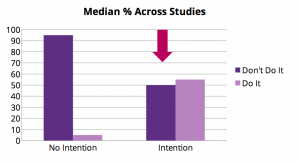 Psychologists call it the “intention-implementation gap” or “knowing-doing gap.” Even with an intention to act, only slightly more people actually follow through. Buy-in alone isn’t enough to change behavior. People do want to make a change, they just tend to lack the supporting systems to help them keep their priorities in mind. Research around behavior change has shown that two other components must assist priorities: habits and systems.

#5: What is key in applied neuroscience is capturing real data on decision making as it relates to a given situation, and then use this to create a predictive map about which way to advance. 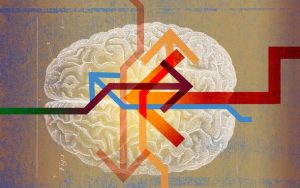 Using EEG headsets and eye trackers, IKEA tested customers to understand their reactions to new business models. For example, the reaction to a new home solar offering that would enable customers to generate their own renewable energy. His team then correlated their reactions and comprehension levels with a behavioral database to pinpoint which business models the customers were likely to accept, never accept, or accept in a few years. Creating this type of behavioral map gave Håkan Nordkvist, head of sustainability innovation at IKEA, a more concrete way to understand the emotions and reactions that could drive one business model over another.

IKEA’s use of applied neuroscience to evaluate potential opportunities has led to new business models and undertakings including a home solar offering that enables customers to generate their own renewable energy, a shift to renewable plastics, and innovations that provide customers at the IKEA restaurant chain choices of healthier and more-sustainable food.

At first glance, any of these new opportunities may appear incredibly risky for such a large and established organization. It is risky to stray from what is core to a business, but in today’s business climate where industries and technologies are rapidly converging, this is at times exactly what an organization needs in order to “skate to where the puck is going.” 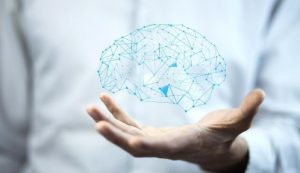 Last Note No compilation of neuroscience and leadership is complete without a nod to the increasing importance of building a culture of trust, pioneered by Paul Zak’s research on trust, oxytocin, and organizational dynamics.

Read his 2017 HBR article, “The Neuroscience of Trust” to learn more.

Another great article for leaders and managers to understand the neuroscience of emotions is “New neuroscience reveals 4 rituals that will make you happy.”

What did you think of this edition? Join the discussion on LinkedIn.