You are using an outdated browser. Please upgrade your browser or activate Google Chrome Frame to improve your experience.

Begin typing your search above and press return to search. Press Esc to cancel.

Constructive feedback is how we learn and grow. It’s the basis for healthy parenting, lasting friendships, career development and so much more. For many, especially those of us who have been raised in families or cultures that encourage indirectness, compassionate directness may seem really hard. When we flex our compassionate-directness muscle, we’ll find that it becomes easier and more natural. To get started implementing compassionate-directness, here are some of my favorite related micro-steps, which are small, science-backed actions you can start taking immediately to build habits that significantly improve your life:

Given that the average person spends 90,000 hours at work in a lifetime, it’s important to figure out how to feel better about the time you spend earning a living. And so much is written about happiness at work — yet judging from Gallup statistics that show 85% of employees aren’t engaged, few know how to attain it.

If you set happiness as your primary goal, you can end up feeling the opposite. This is because happiness (like all emotions) is a fleeting state, not a permanent one. 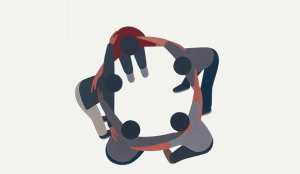 An alternative solution is to make meaning your vocational goal.

Research shows that making work more meaningful is one of the most powerful and underutilized ways to increase productivity, engagement, and performance. In one survey of 12,000 employees, 1.7 times greater job satisfaction, 1.4 times more engaged and three times as likely to remain with their current employer.

Four practical steps you can take to bring more meaning into your work:

Happiness at Work: Your Boss Plays an Important Role

People who think of their immediate supervisor as more of a “partner” than a “boss” are significantly happier with their day-to-day lives and more satisfied with their lives overall, according to a new working paper by a team of Canadian and Korean economists. For middle-aged workers, the difference between a partner-boss and a boss-boss works out to about 0.4 points on a 10-point life satisfaction scale. In the realm of happiness research, that’s huge:

“equivalent in life satisfaction terms to more than a doubling of household income,” according to the paper.

The researchers found similar effects for supervisors’ influence on their workers’ day-to-day happiness.

Over the years, happiness researchers have consistently found that happiness usually follows a U-shaped curve throughout the course of a person’s life. People are happy and satisfied with their lives when they’re young, but that starts to drop off considerably in middle age, when the competing pressures of work and child-rearing are likely in their greatest state of conflict. Only as people approach the later stages of their lives in their late 50s and beyond — when the kids move out and work starts to wind down — does happiness tend to start trending upward again. Source: https://www.washingtonpost.com/resizer/8U6M-Mwz-YxjI5QbgMe-f9_tiPA=/1484×0/arc-anglerfish-washpost-prod.png 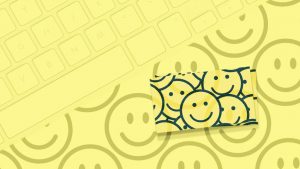 Employers Idea About Happiness Is All Wrong

Rather than investing in a “happiness” culture, companies should think about career opportunities and fostering trust between management and employees.

Expedia, for example, is an office full of perks and provides up to $14,000 per year, per person, in travel perks, to keep people happy. Other firms offer unlimited vacations, free food, and even office toys to keep the happiness levels high. But the answer to employee happiness is not in the form of bean bags and ping-pong tables. As the Expedia example shows, it is the company’s “culture” and “career opportunities” that have made it one of the U.K.’s most popular places to work–not the physical surroundings.

There is a real difference between happiness gimmicks and working in a well-being culture–one that values people, manages them by praise and reward rather than fault finding, and that enables them to work flexibly and provides them with work-life balance. Research shows that these are the real keys to happiness.

Research shows that employee happiness is also determined by their personalities.

Happiness At Work Is Influenced By Personality

In a large study of 3,200 employees from a variety of organizations and sectors, carried out by Robertson Cooper Ltd., a workplace well-being consultancy, we found that certain personality types experienced more “good days at work” than other types.

We discovered that employees who scored:

… have the highest number of good days at work.

If you combine these three personality characteristics, those who had all three had 79% of “good days at work,” whereas those who had low scores on these only had 57% of good days. This, in turn, translates into higher job satisfaction, better health, and higher productivity.

The implications here is that employers should try and recruit people with these characteristics but, of course, some people who lack some of these characteristics may have key skills that are even more important. And even if you do recruit with happiness traits in mind, being content at work will to a larger extent depend on the workplace culture that truly values staff, trusts them, manages them humanely and compassionately, and provides them with greater balance in their lives.